I love vector graphics.  There is something beautiful about taking a huge chuck of seemingly random image data(raster) and turning it into a orchestrated set of mathematical functions.  Why would a person want to do such a thing?  Well if you have ever used an imaging app on your computer to look at photos then you've noticed that when you zoom in repeatedly you start to pixelate the picture(degrade the quality to the point where you see large boxes).  If your computer screen is too small to display the image or the image is too big for the display you actually lose picture quality.  With vector graphics you can zoom in as much as you want without the pixelation!  Perfect for TVs, Cellphones, computers, or any display device.

SVG is an open standard XML standard that defines 2D graphics, scripting, animations, etc. much like the flash or macromedia content we familiar with as we browse the web today.  SVG is a standard developed by the W3C (SVG). 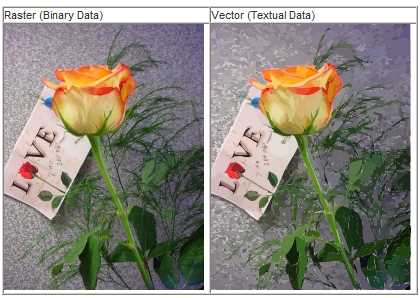 If your browser doesn't support vector graphics, you may need to install this Adobe plugin.
SVG Viewer

Later I'll write some papers on the use of scripting to actually create dynamic SVG documents for interfaces.